Tickets for Reggie Harris & Greg Greenway: Deeper Than The Skin 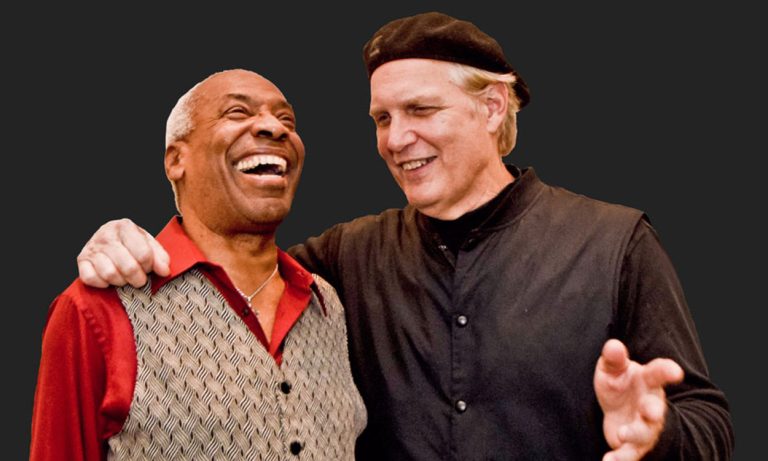 Admission is free, registration is required.
A suggested $20 donation will benefit the Spencertown Academy

Deeper Than The Skin is a musical presentation by two talented musicians with a unique story. Reggie and Greg, born three days apart, ancestry flowing through the same portal of History, Richmond, VA, they are on a pilgrimage together – one that began three decades ago. The racial divisions that are the reality of America started them in two different worlds, but the amazing bonds of music, respect, admiration, and shared vision have brought them together as friends and colleagues.

Reggie Harris is the Music Education Director of the Living Legacy Project of the UUA, co-leading tours through the hallowed Civil Rights ground of the South. He is a Woodrow Wilson Scholar. Solo, and in the duo, Kim and Reggie Harris, he has led hundreds of programs on Race and Social Justice.

Greg Greenway, one third of Brother Sun, was a part of the planning committee (at Reggie’s request) of Marching in the Arc of Justice, the Unitarian Universalist conference commemorating the 50th anniversary of the Selma Voting Rights Action. Greg led his song,”What Must Be Done” in the trio, Brother Sun. before thousands of UUs at the opening service of the Providence, RI General Assembly.

Together and individually, Reggie and Greg have brought the issue of Race before audiences all across North America.

This performance is presented in conjunction with our Annual Regional Juried Gallery Show titled Deeper Than The Skin. Artists were invited to investigate this theme in their submissions.

This event is made possible through the generosity of A Still Small Voice 4U.