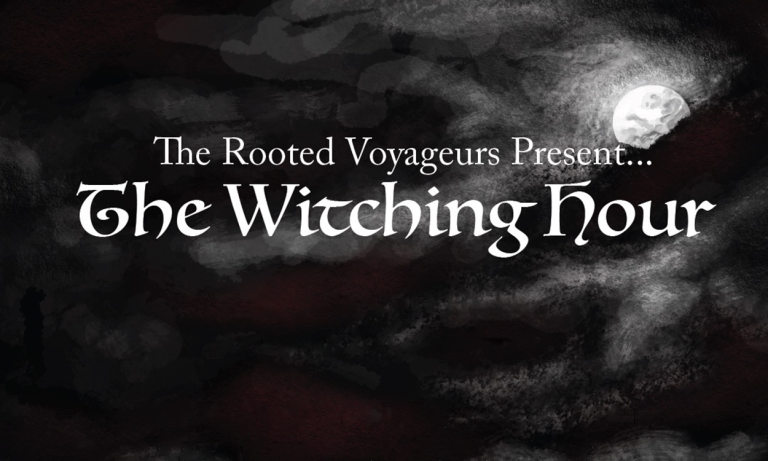 The veil between the worlds of the living and the dead is thinning, when a witch comes to communicate with the dead about a local tragedy, more is revealed than meets the eye. Join The Rooted Voyageurs for their production of The Witching Hour. The Witch (Devante Owens) will tell a chilling story inspired by local lore about the Hoosac Tunnel, written by Luke Haskell. Following the performance, there will be a spooky open mic! Put your name in a hat and be chosen to tell a story of your own. The performance will run 45 minutes (followed by the open mic) and is free.

Seating is limited and on a first come first serve basis. Doors open at 7:00pm.

The Rooted Voyageurs is a theater company, founded by Devante Owens (Artistic Director) and Zoe Wohlfeld (Managing Producer), whose mission is art without admission. They believe everyone should have access to empathic, joyful and entertaining stories, and that live theater is more captivating when people from all walks of life are on stage and in the audience. Their performances are free to the public.