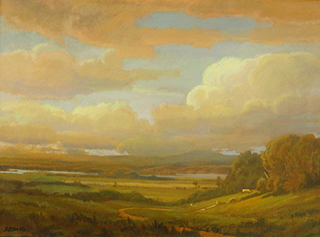 The winners of the Academy’s 2015 Regional Juried Show, Scott Balfe and Jane McWhorter, will be exhibiting two solo shows of their new works in the galleries.

Hudson resident Scott Balfe is a classic landscape painter, in the tradition of the Hudson River School. His work, shown in many galleries, has a following of collectors who purchase his paintings both for their intrinsic beauty and as investments in their future value as works of growing importance in the World of Art. 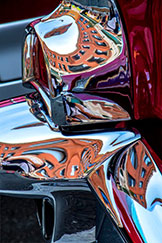 Jane McWhorter, a resident of the Berkshires, grew up in a family of artists and photographers in Brooklyn. She has exhibited her photographs in various area galleries since 1974. She works as a professional graphic designer and has taught photography and graphic design at schools and colleges for over 40 years.

Carrie Haddad, of Carrie Haddad Gallery in Hudson, NY, juried the 2105 show and awarded first prize to one of Scott’s paintings and second prize to Jane’s photography. These two artists could not be more different in style and medium, but their approach is quite similar. Scott says about his work: “What I would say about painting for me is that when I paint in the field, I try to create something that is partly what I see and partly what I would like to see, or where I would like to be, and for me in doing this, I am creating my own handwriting in oil paint.”

Jane states: “My artwork moves in stages. I work in a particular form or style, which then, after several years, morphs into something else. Now, in this digital world, I use the power and potential of the computer as a tool to take my photography into a more “painterly” realm. The actual “shooting” of the image is just a starting point. My intention is not to take a photograph but instead, to make a photograph.”