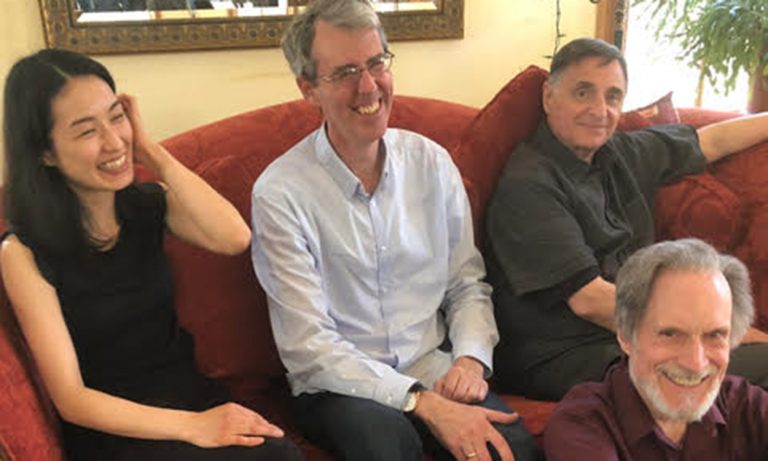 Including works by Beethoven, Mendelssohn, Mahler, and Walton, written with astonishing maturity just as the composers were emerging from childhood. These are not mere “student” works. BKO Chamber Music includes Mitsuko Suzuki (violin), Ron Carbone (viola), Robert Reed (cello), and Uel Wade (piano and artistic direction). A reception to follow.

Why do we need more Beethoven?

His nine Symphonies, 20 String Quartets, 32 Piano Sonatas, and hundreds of other works for various combinations of instruments and voices, are endlessly recorded and performed across the globe. But his youthful work is neglected. His education stopped at elementary school, and the rest was music. He published his first piano works at 12, but the three Piano Quartets he wrote at 15 were not published till long after his death. It is one of these rarely performed works, already revealing a master composer, that BKO will play.

Likewise, Mendelssohn began seriously composing small works before his teens, dedicating himself to learning proper form, using the principles he gleaned from the music of Bach and Mozart. A precocious learner, he began composing in larger forms from age 13, quickly reaching full maturity. At 15 he composed three piano quartets, one of which will be performed on this program. It wasn’t long before he composed one of his greatest works, the String Octet (age 16) and his most popular work, A Midsummer Night’s Dream (age 17). But his earlier works were not discovered and finally published until 1960. This is Mendelssohn you rarely hear.

BKO will play the only work he composed in this genre, consisting of only one movement, a prize-winner at the Conservatory.

Mahler’s earliest compositions date from his years at the Vienna Conservatory (ages 15-17). Beethoven and Mendelssohn were his musical inspiration and stimulus.

William Walton showed little talent on piano or violin as a boy, but he was such a good singer that he was admitted to the Oxford Choir School at 10. He left school without a degree and made a living as a composer and conductor, largely self-taught. At 16 he composed his Piano Quartet, which won the Carnegie Award. Already his prodigious gifts for lyricism and rhythmic excitement were fully evident.

Early works such as these are often dismissed as mere “juvenalia,” not worthy of inclusion in “serious” classical music programs. And the works of 15- and 16-year-olds do often sound like dutiful student work, because it takes most writers a long time to learn how to put together a mature, finished work. The fact that these composers did it so well as teenagers attest to an extraordinary talent: true prodigies.

Wade will orally expand on why these pieces rise to greatness.