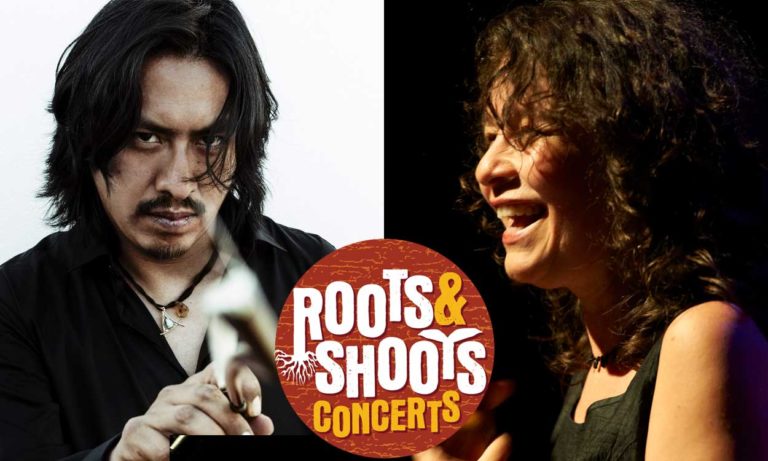 The New York Times says that, “Ms. Pulido holds on to the rawness of the original melodies while giving them a sophisticated new context.” This richness can be seen in her different ensembles and repertoires.

Performing a mix of Colombian and Mexican songs, mostly traditional like ‘pirekuas’ from Michoacán in Mexico or ‘Cantas de guabina’ from the Andes in Colombia, all interpreted in a personal way. This will be recorded in Mexico City especially for our audience. We hope you will join us for this evening of amazing music.

Lucía Pulido is a Colombian singer with one of the richest voices on the international Latin American musical scene today. She has mined the musical traditions of her native Colombia and other Latin American countries in an ongoing search for a distinct, experimental style.

Traditional genres such as cumbia and bullerengue from the Caribbean Colombian, currulaos from the Pacific Coast as well as joropos from the Colombian Eastern Plains are the point of departure for her musical creativity. Lucía’s vocal sophistication is enhanced in genres such as herding songs (cantos de vaquería), funeral laments (alabaos) and harvest chants (cantos de zafra), which give the singer the liberty to explore her voice fully.

She is currently working on several projects with musicians in New York City, Mexico, and in different countries in Europe and Latin America. Her active career includes performances in Europe, Canada, United States, Asia, and South America.

Ulises Martínez is a Mexican multi-instrumentalist with a wide range of musical interests: Mexican traditional music, flamenco, blues, baroque music, and fusion. He was born in Mexico City in 1983 to a family of musicians from the town of Charapan, Michoacán, and studied violin at the National Conservatory with Espín Yépez and Boris Klepov.

His recordings include a dozen CDs for seals in Mexico and Europe, and has composed music for the stage with the Compañía Nacional de Teatro, Mexico. He has taught courses on Mexican traditional music and dance in professional institutions in Mexico and Colombia. He received grants from the Mexican Council for the Arts in 2005 and 2009.