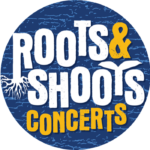 Geoff Muldaur is one of the great voices and musical forces to emerge from the folk, blues and folk-rock scenes centered in Cambridge, MA and Woodstock, NY. During the 1960s and ’70s, Geoff made a series of highly influential recordings as a founding member of the Jim Kweskin Jug Band and the Paul Butterfield’s Better Days group, as well as collaborations with then-wife Maria and other notables (Bonnie Raitt, Eric Von Schmidt, Jerry Garcia, etc.).

Geoff left the stage and recording world in the mid-1980s for a working sabbatical but continued, however, to hone his craft, albeit ‘flying beneath radar.’ He composed scores for film and television, and produced off-beat albums for the likes of Lenny Pickett and the Borneo Horns and the Richard Greene String Quartet. And his definitive recording of “Brazil” provided the seed for — and was featured in — Terry Gilliam’s film of the same title.