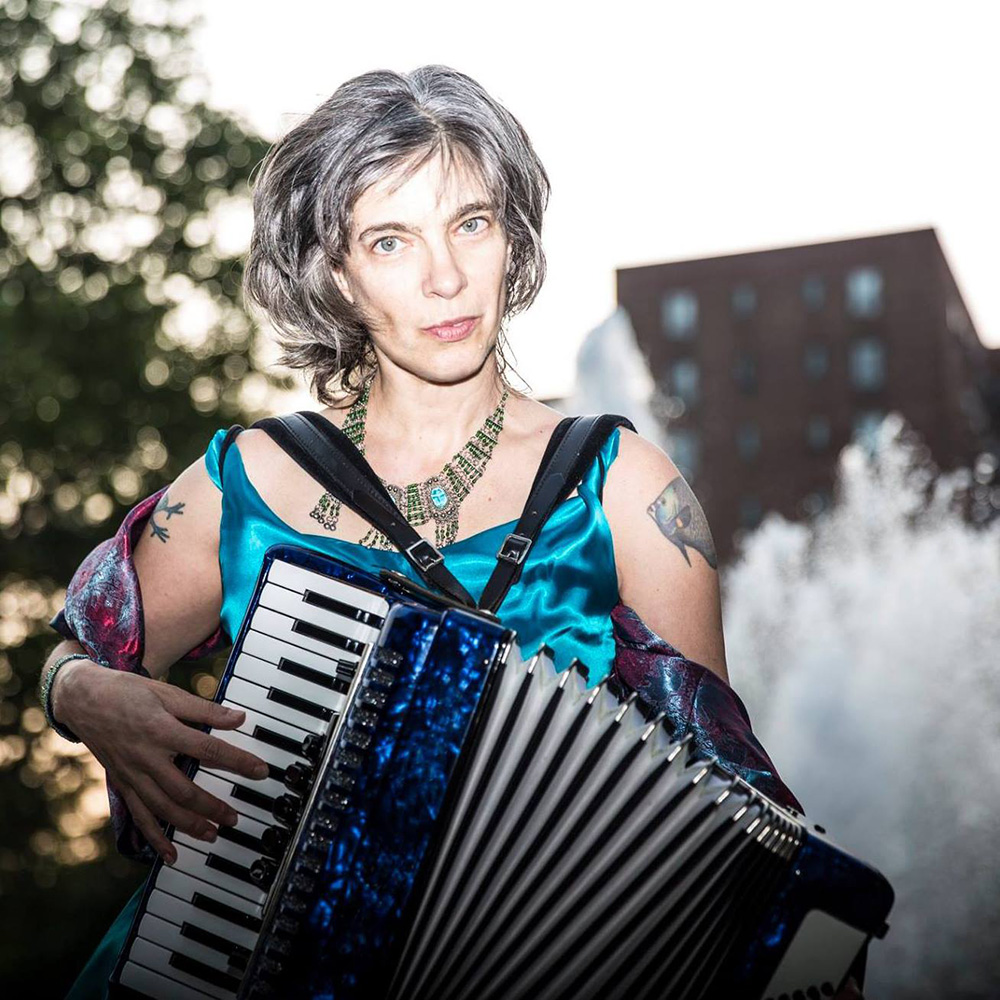 Genre-fluid native New Yorker Rachelle Garniez is known as a certified free spirit. She is at home in many worlds, from busking on street corners to performing on stages around the globe. Rachelle has released 6 albums of original material; her influences range from Tin Pan Alley classics to klezmer, roots and Latin flavors. Her story songs have been described as “romantic, rhapsodic and casually hilarious.” (The New York Times). See Rachelle Garniez videos on YouTube: Just Because You Can, Jean Claude van Damme, and Flat Back. Tickets now available. Order tickets now.
She composed the music for Taylor Mac’s The Lily’s Revenge, has written for Jazz vocalist Catherine Russell, and has collaborated with many artists including The Citizens Band, Thomas Dolby, and Jack White. Derek Nievergelt is an accomplished bassist. He has toured around the world with incredible talents. As a producer he is working on innovative composition and distribution models for music in the digital space. From film scores to song writing for artists, Derek uses his intimate understanding of song form, performance and people to create evocative, unique songs and soundscapes. (credit Albie Mitchell)