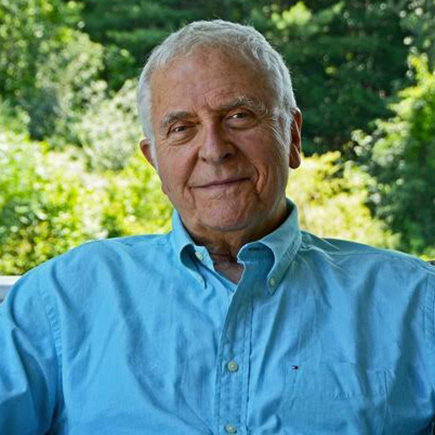 Join us for selected readings of the first poetry collection by Benjamin (Bernie) Kukoff. What This Country Needs is at once poignant, funny, wise, and accessible—a journey from Brighton Beach and the poet’s youth as the child of Russian immigrants, to the upper tiers of success in L.A., to trial separation and dating, to getting back together, to settling in the Hudson Valley, to surprising digressions on major biblical characters.

“I knew my old friend Bernie Kukoff could do almost anything. But write poetry? The hardest of the writing disciplines? Bernie’s done it, and in spades. And he can do it all. These superb poems are sharp, readable, sad, funny, painful, comforting, startling, and profound. I dare you to read any three and try to stop.”
–Dick Cavett, author, journalist and host of The Dick Cavett Show 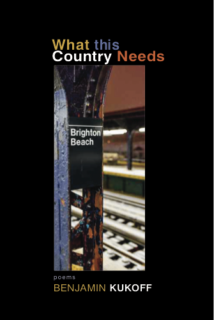 Benjamin (Bernie) Kukoff has written poetry for more than 21 years, working with Mary Stewart Hammond in her Master Class at the New York Writers Workshop. Beyond poetry, he’s had a high-profile, eclectic career, having worked in TV, film, and theatre. After graduating from the Yale Drama School, he acted Off-Broadway, with Second City, and was in the founding company of the Williamstown Theatre Festival. In a major career change, he moved to L.A. where he created, produced and wrote TV series, specials, and films over a span of 28 years. Among them were Diff’rent Strokes, The Cosby Show, and shows starring Steve Allen, Jimmy Durante, The Everly Brothers, Glen Campbell, Milton Berle, Jerry Stiller, and Howard Cosell. In New York, his first show as a theatrical producer was the blockbuster I Love You, You’re Perfect, Now Change, which ran for 12 years and won a Drama Desk Award. He and his wife, Lydia, share a 19th century farmhouse in New York’s Upper Hudson Valley.