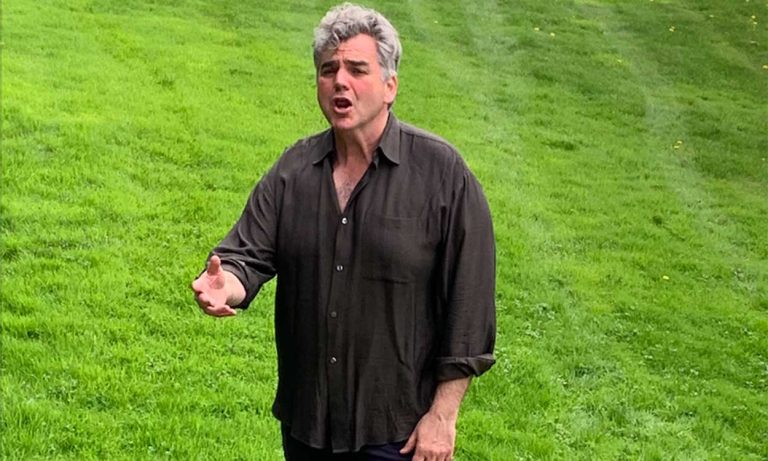 CANCELED due to non-Covid illness: Music Lessons tells the story of Ed Napier’s journey from the backwoods of West Virginia to the halls of Columbia, Herbert Berghof (HB) Studio, and Juilliard in New York in pursuit of becoming a playwright and opera singer. Through scenes, stories, and songs, he recounts the process of growing up, becoming an artist, and learning, he says, “to relish the glory of just being alive.” On stage he channels a multitude of characters from his life with ebullience and humor. He slips into many roles—ranging from singing gospel as a kid in a West Virginia church to country songs in a bar with drunken locals; from Enrico Caruso singing Neapolitan songs of love and revenge to Puccini in the voice of his Viennese acting mentor to playing Constantine in Chekhov’s Seagull.

Maria Gabriella Landers is an entrepreneur, operatic soprano, collage artist, and celebrated party host. After Barnard College, she cofounded the CoOPERAtive, a New York City based nonprofit that provided performance opportunities to classical singers between formal studies and a professional career.

William Lewis, pianist/accompanist, vocal coach, arranger, and performer has worked as a professional musician for more than 50 years. He regularly appears with Irish tenor Ronan Tynan in concert and also plays for Marcello Giordano and violinist Gregory Harrington. He has performed throughout the US, Canada, Iceland, Brazil, Germany, Sicily, the British Isles, and China.