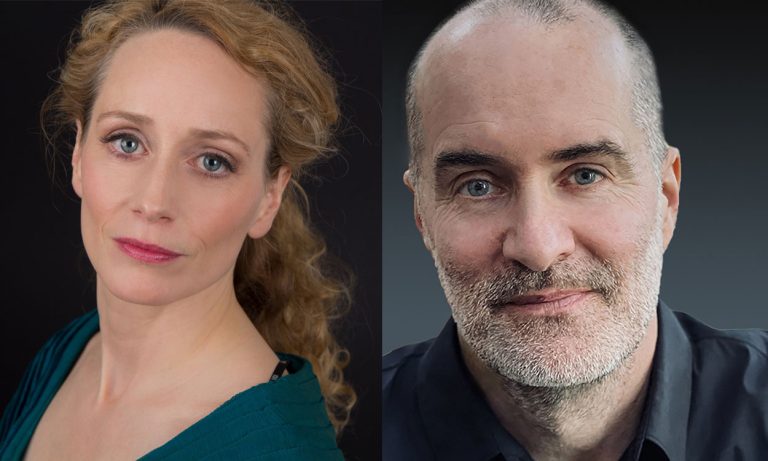 You can still make a donation to this worthy program. DONATE NOW.

“Metamorphoses: A Recital of Songs by Mozart, Poulenc, and Ives” will feature acclaimed soprano Amanda Boyd accompanied by Timothy Dunne on piano.

“The metamorphic essence of these songs reflects our lives as we emerge from pandemic hibernation to evolving beginnings,” says Kids Need Music President Craig Bender. “Kids Need Music is a nonprofit dedicated to ensuring that underprivileged schools have musical instruments for their music programs. Now more than ever, we need to support access to music education for everyone!” All proceeds will be used to purchase band instruments to be donated to the Hudson City School District.

Soprano Amanda Boyd has been hailed by critics as one of Britain’s “Rising Stars.” She trained at the Guildhall School of Music and Drama in London, where she won the Susan Longfield prize and was supported by the Countess of Munster Trust. She also trained at the National Opera Studio in London, where she was supported by Friends of Covent Garden and the Foundation for Sports and the Arts. Boyd was coached and supported by Elizabeth Vaughan and Dame Janet Baker throughout her training. She has appeared in countless operatic and contemporary roles in Rome, London, and Lincoln Center, as well as locally in Columbia County and Albany. Her credits also include the leading role in the film “Donizetti’s Lucia di Lammermoor.” Under BoydSong, she continues to keep the Art Song repertoire alive, regularly performing recitals with piano, her trio Trimonious, and other chamber groups in concert halls, private homes, and galleries both in the USA and Europe.

New York native Timothy Dunne has composed music for orchestra, choir, chamber music, and solo instruments. He lived much of his adult life in St. Petersburg, Russia, where as a pianist, he was afforded the auspicious opportunity to give several first performances of important works by Luciano Berio, György Ligeti, and Pierre Boulez—pillars of European modernism and major influences on his own work. A resident of Austerlitz for the past 13 years, he is involved in teaching, researching, and designing alternative approaches to music education.

Proof of vaccination or proof of a negative Covid 19 test will be required for admission, seating will be distanced and limited, masks will be optional. The Academy has installed Blueair HealthProtect 7470 air purifiers in the auditorium.