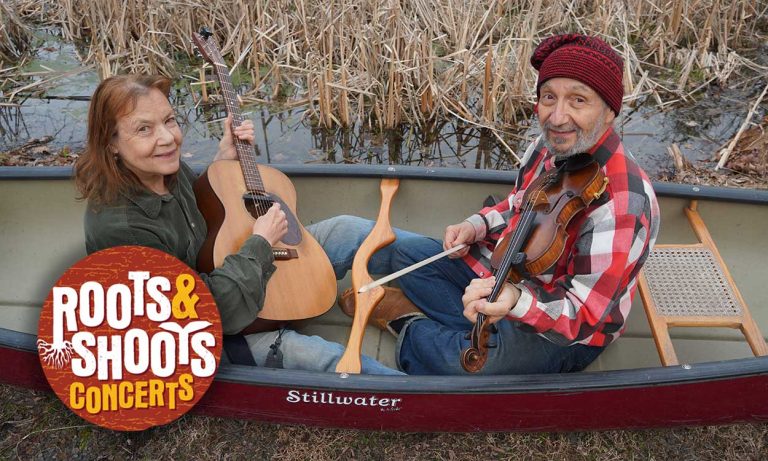 Purchase tickets now.
Online ticket sales close at midnight on Friday, June 17. A limited number of tickets will be available at the door, depending on availability.

Based in New York’s Catskill Mountains, Ungar and Mason are best known for their work on the soundtrack of Ken Burns’s PBS documentary series, The Civil War. Ungar’s composition Ashokan Farewell became the musical centerpiece of the Grammy-winning soundtrack and was nominated for an Emmy. His fiddling is known for playfulness, drama, soul, and technical verve, as he explores many musical styles and idioms that he has internalized and made his own. Mason’s inventiveness on piano and guitar supports the tunes and follows the flow of the melody. Her rich and expressive vocals round out the experience of their award-winning concert presentations. Together they have recorded numerous albums of traditional and original fiddle music along with vintage country and jazz.

“Jay Ungar and Molly Mason are marvelous musicians and composers. Their music spans so many genres that it’s difficult to categorize them. What is certain, however, is that they are virtuosi,” says Wayne Greene, member of the Academy’s Music Committee. “And we are thrilled to welcome them to our stage. It’s a return engagement of sorts, the duo played the Academy way back in 1992.”

The Academy has installed multiple Blueair HealthProtect 7470 air purifiers and limited seating in its auditorium. Academy leadership is closely monitoring the COVID-19 situation in Columbia County, as well as recommendations from health authorities, and will adjust protocols as necessary.